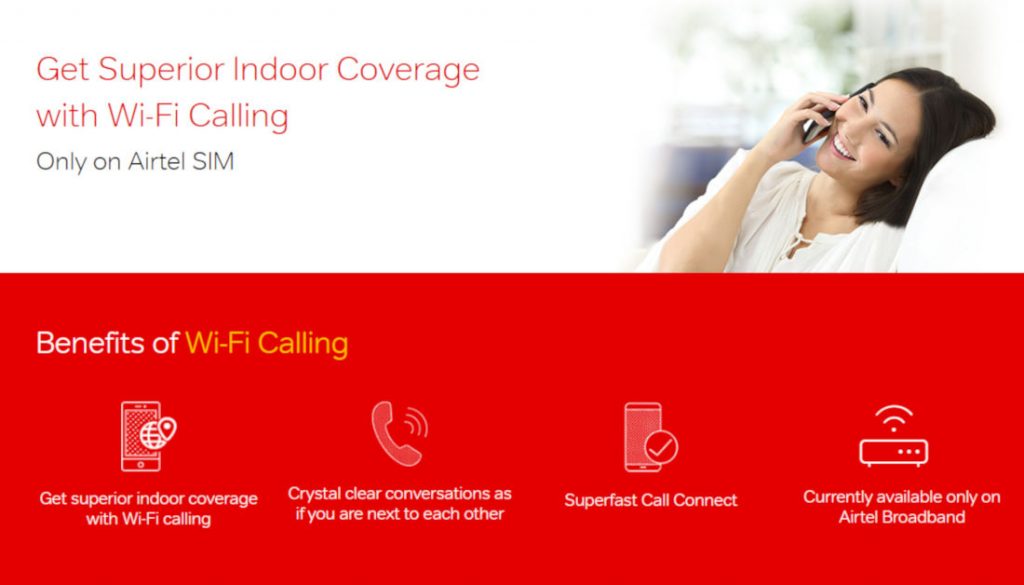 Last month Airtel rolled out Voice over Wi-Fi services officially starting from Delhi NCR, later it expanded to Mumbai, Kolkata,Andhra Pradesh, Karnataka and Tamil Nadu. Today the company has launched Wi-Fi Calling in Kerala, Gujarat, UP (West), Maharashtra, UP (East), Punjab, Haryana and Madhya Pradesh. Previously it was compatible only with Airtel Xstream Fiber home broadband, now it works with all broadband services and Wi-Fi hotspots, even though the site still says it works only on Airtel broadband. It has also expanded the number of supported devices.

Airtel Wi-Fi Calling does not require any app and can be configured on the smartphone by following the steps mentioned below:

Airtel already said that it is working with all leading smartphone brands to roll out compatibility with ‘Airtel Wi-Fi Calling’.