After rumors, Black Shark has confirmed that Black Shark 3 gaming phone will be introduced in an online event in China on March 3rd. Last month the company had announced a partnership with Tencent Games, so the phone will be called the Tencent Black Shark 3. The company also said that this will be the first gaming centric smartphone with 5G support.

The phone should be powered by the latest Snapdragon 865 Mobile platform. Last week Black Shark brand manager posted a poll on Weibo revealing 5,000 mAh battery with 65W fast charging that can charge the phone from 0-100% in 38 minutes and can still maintain charge over 800 full cycles. 65W fast charging has also been confirmed by 3C certification in China. 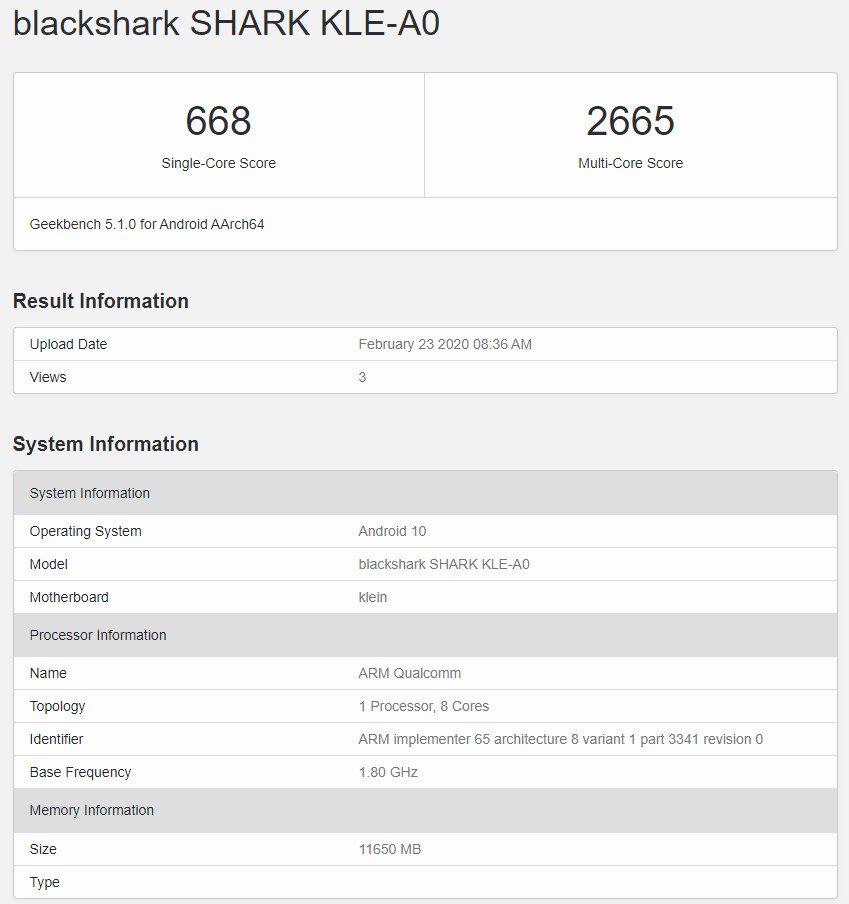