LG V60 ThinQ 5G, the next-generation smartphone by the South Korean giant, that was rumoured to debut later this month has made an appearance on Geekbench. The benchmark listing of the LG phone suggests some of its key specifications. The smartphone appears to have 8GB of RAM and run Android 10 out-of-the-box. The LG V60 ThinQ 5G is speculated as the successor to the V50 ThinQ 5G that was unveiled at the Mobile World Congress (MWC) last year. The flagship phone would launch anytime soon.

According to the listing on the Geekbench site, the LG phone in question carries model number LGE LM-V600N. This sounds like an upgrade to the model number LM-V500N that was associated with the LG V50 ThinQ 5G and thus appears as the LG V60 ThinQ 5G.

The benchmark listing suggests that the phone runs Android 10 and is powered by an SoC named “kona”. This is believed to be codename for the Qualcomm Snapdragon 865 SoC. Further, the listing shows that the smartphone has 8GB of RAM.

The phone received a single core score of 898 and multi-core score of 3,266. Also, the listing shows February 18 as the upload date.

As per a previous report, the LG V60 ThinQ 5G will be the company’s first smartphone of 2020. The smartphone was speculated to debut at MWC 2020 in Barcelona, California. However, since the trade show got cancelled last week due to the coronavirus outbreak, the company is now likely to host the V60 ThinQ 5G at a later stage.

The LG V60 ThinQ 5G is rumoured to come with four microphones and include a 5,000mAh battery. A screengrab from a promo video also suggested the design of the upcoming LG phone that appears to have a metal frame as well as a USB Type-C port and a 3.5mm headphone jack. 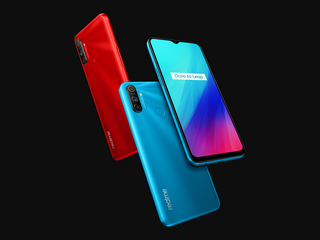