The Realme 5i was spotted on certification websites in the past and most recently Realme confirmed that the smartphone will officially launch on January 6. This smartphone will be launched in Vietnam first on January 6th as per a Facebook post by the official Realme Vietnam Facebook page. The upcoming smartphone was now been sighted on Geekbench, indicating key specifications and details about the upcoming smartphone. The Realme 5i has also posted a score in the Geekbench giving us a fair idea of where it stands compared to the other products in the market.

The Realme 5i was spotted on Geekbench bearing the RMX2030 model number. The benchmark listing reveals that the Realme 5i will be powered by the Snapdragon 665 SoC and sports 4GB of RAM. The listing also indicates that the smartphone will ship with Android 9 Pie that means that it will most likely run ColorOS 6 on top. 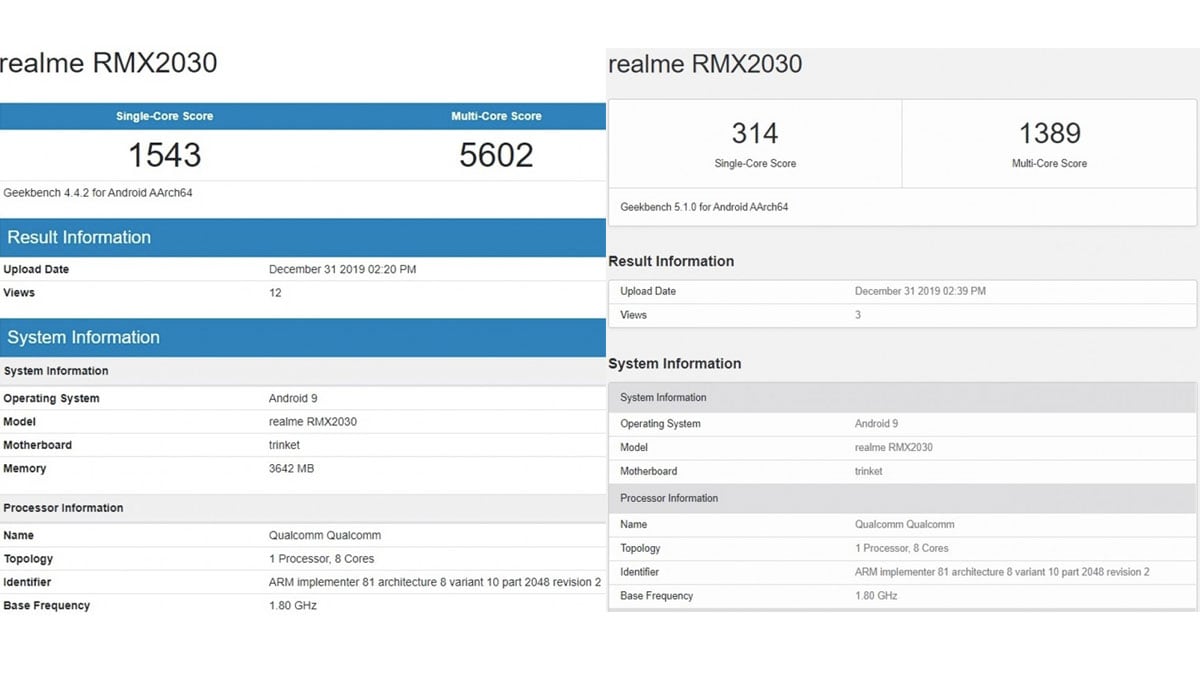 The listing page also suggests a 5.2-inch display with HD+ resolution. It also sports a quad-camera setup at the back just like the Realme 5 consisting of a 12-megapixel primary shooter, 8-megapixel wide-angle camera, 2-megapixel depth sensor and a 2-megapixel macro camera. It is also said to pack a 5,000mAh battery.

The Realme 5i was earlier spotted on Wi-Fi Alliance Certification website. It was also spotted on Singapore’s IMDA certification site earlier this month which hinted at an imminent launch.