As per the Weibo post by Weibing, the Redmi K30 series will come with 5G support — precisely include hardware for standalone (SA) and non-standalone (NSA) 5G networks. The new smartphone series by Xiaomi is also expected to come with a hole-punch display design, similar to the Samsung Galaxy S10 models. 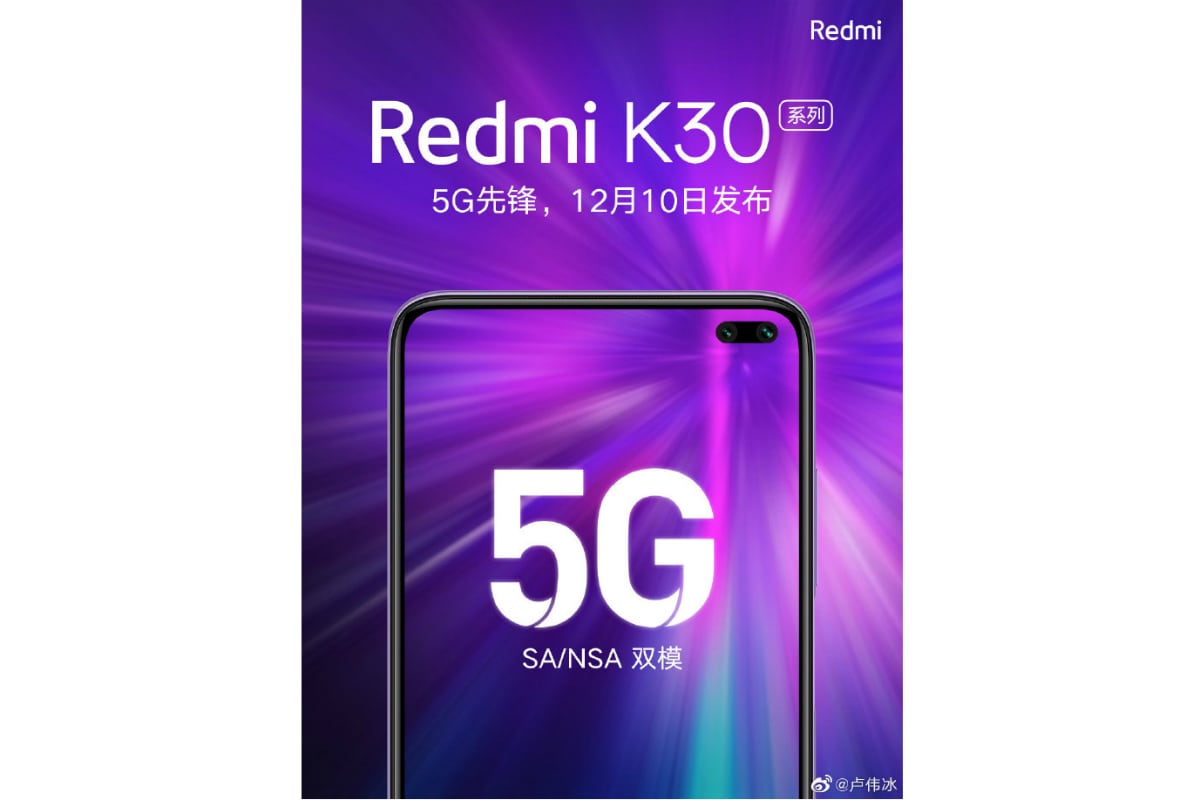 The Redmi K30 and Redmi K30 Pro both are expected to launch on December 10 as Weibing’s Weibo post has mentioned the word “series”. However, the Redmi K30 is expected to go on sale shortly after its arrival in China, whereas there could be some delay in the availability of the Redmi K30 Pro, especially if we believe the recent rumours.

To recall, Xiaomi launched the Redmi K20 and Redmi K20 Pro in China back in May this year. Both phones also made their way to India in July.

The Redmi K30 and Redmi K30 Pro are expected to run MIUI 11 with Android 10 out-of-the-box. The Redmi K30 reportedly received certification by China’s 3C with 30W fast charging support. Further, some of its leaked images suggest that the phone would come with a 6.66-inch full-HD+ (1080×2400 pixels) display with a pixel density of 395ppi and 120Hz refresh rate. There could also be a new Qualcomm Snapdragon 7xx series SoC, though a recent rumour claimed that Xiaomi would offer a 5G-supported MediaTek processor. The Redmi K30 Pro, on the other hand, would include Qualcomm’s next-generation, Snapdragon 865 SoC.