At CES 2020, Samsung Mobile chief DJ Koh reportedly held secret meetings with carrier partners and customers to show off the upcoming products at its Galaxy Unpacked event on February 11. In this meeting, he reportedly confirmed that the next foldable device from the company should be called Galaxy Bloom. Furthermore, he allegedly also confirmed in the meetings that the next-gen Galaxy S series lineup will be called – Samsung Galaxy S20, Samsung Galaxy S20+, and Samsung Galaxy S20 Ultra. While the Galaxy Bloom will feature a clamshell-like open and close design, there was a third phone that was reportedly showcased at Las Vegas, and this one had a rollable display.

South Korean media AJUnews reports that Koh has revealed information to partners and carriers regarding the phones launching at February 11 Galaxy Unpacked event. In these meetings, Koh confirms that the name of the next-gen foldable phone will be Galaxy Bloom. A blurry photo of the phone has also been leaked, and it shows the name Bloom with the clamshell-like foldable phone alongside it. 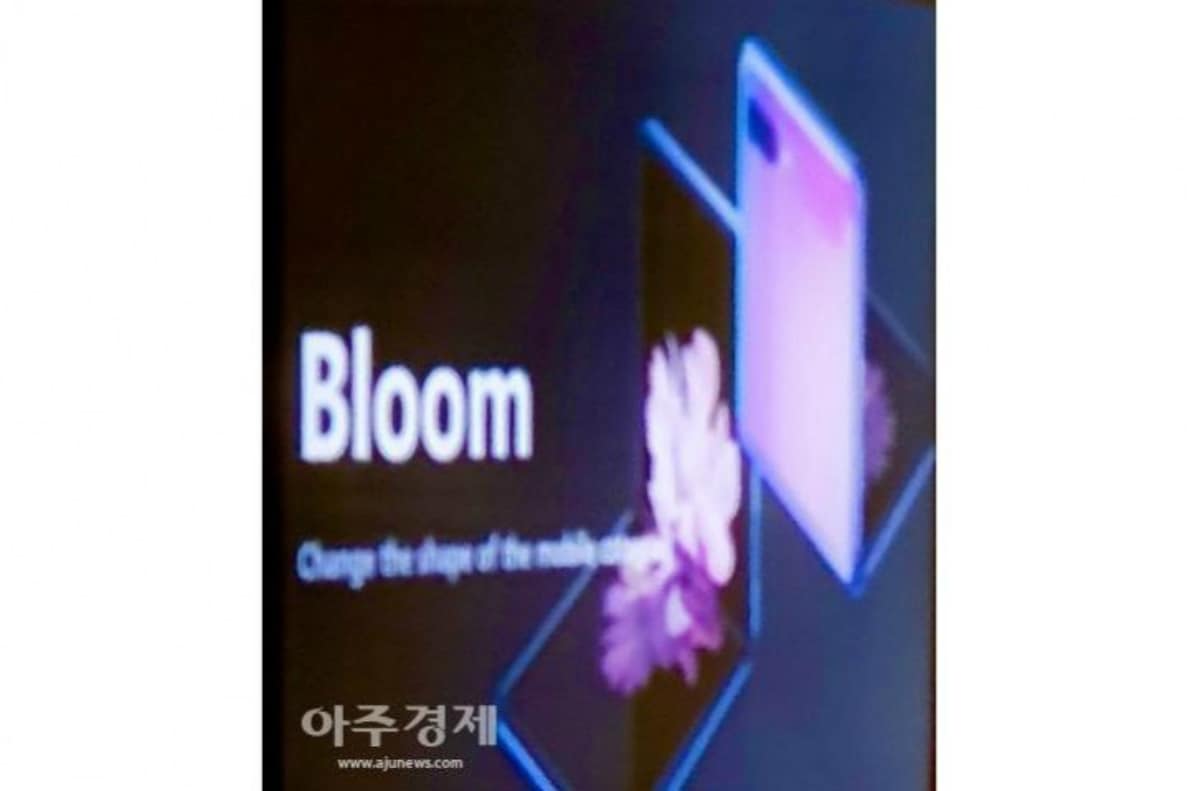 Samsung Galaxy Bloom will reportedly be the name of the upcoming foldable phone
Photo Credit: AJUNews

The Galaxy Bloom will reportedly be marketed to appeal to women in their 20s. It seems to be inspired by Lancome’s compact cases, and the report says that there will be 4G and 5G variants of the Samsung Galaxy Bloom. It should be the first phone to support 8K video, and the top of the screen should use ultra-thin glass, and not a plastic film like the Galaxy Fold. 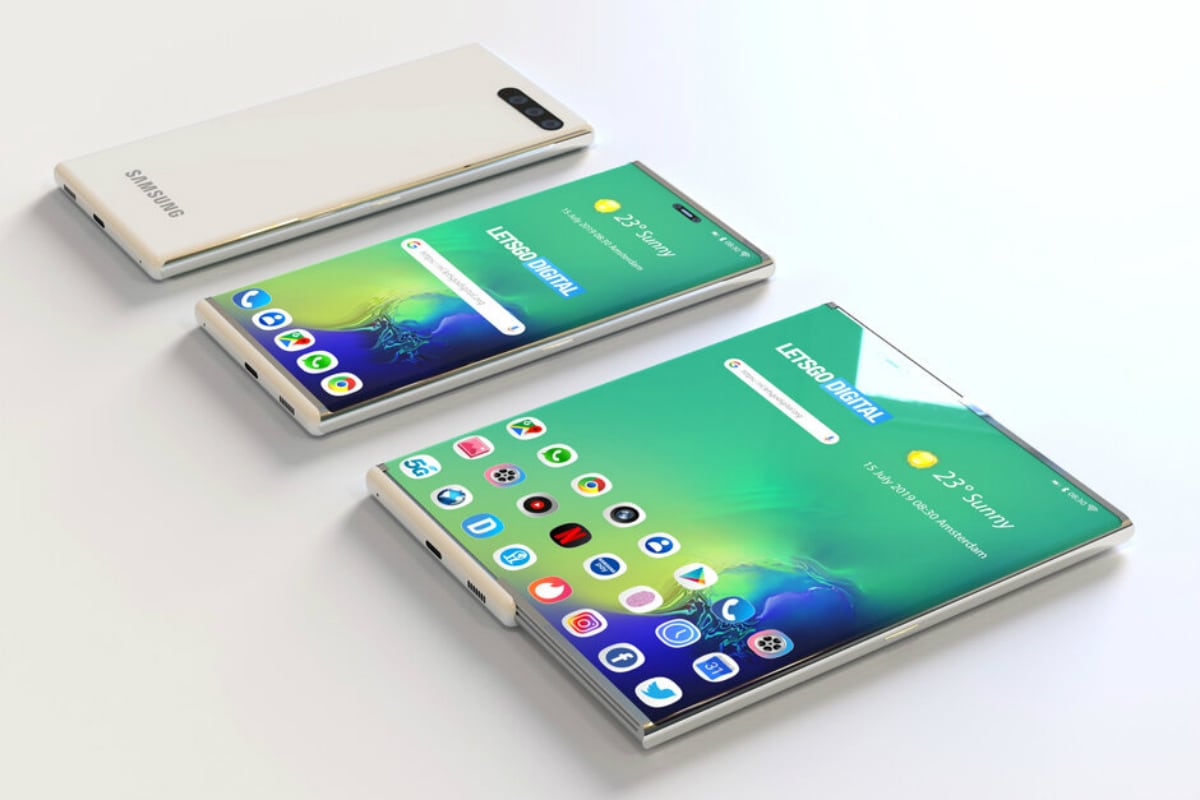 Separately, LetsGoDigital reports that Samsung is also showing of another phone prototype at a private stand at CES, and this smartphone has a slide out display. This phone is being shown to limited users only, and the phone slide out another display, when a button is pressed. This pull-out feature turns a 6-inch smartphone display to an 8-inch display with just the push of a button. The display would sport a polyamide plastic screen and it rolls up inside the housing when not in use. The report says that the technology should take about two to three years to commercialise, so there’s considerable amount of time before such a phone is released in the market.