Qualcomm launched a bunch of new processors with 5G capability and the Snapdragon 765G is one of them that has an integrated 5G modem. This chipset is already in the news since a lot of manufacturers have opted for it for their upcoming smartphones. We have already seen leaks from Nokia, Motorola, and Oppo with the Snapdragon 765G SoC while the Redmi K30 5G was launched with it. Now it looks like Sony is also working on an Xperia smartphone that will be powered by the Snapdragon 765G SoC, codenamed K8220.

A Sony Xperia K8220 listing reportedly popped up on Geekbench recently, tipping key specifications and was first spotted by Android Next. The upcoming Sony smartphone managed to post a score of 465 and 1,757 in the single-core and multi-core tests. This listing also tips the Sony K8220 will be clocked at 1.8GHz, have 8GB of RAM and will run Android 10 out of the box. While the model number is in line with past flagship devices from Sony, the company could just launch this one an a mid-range offering. 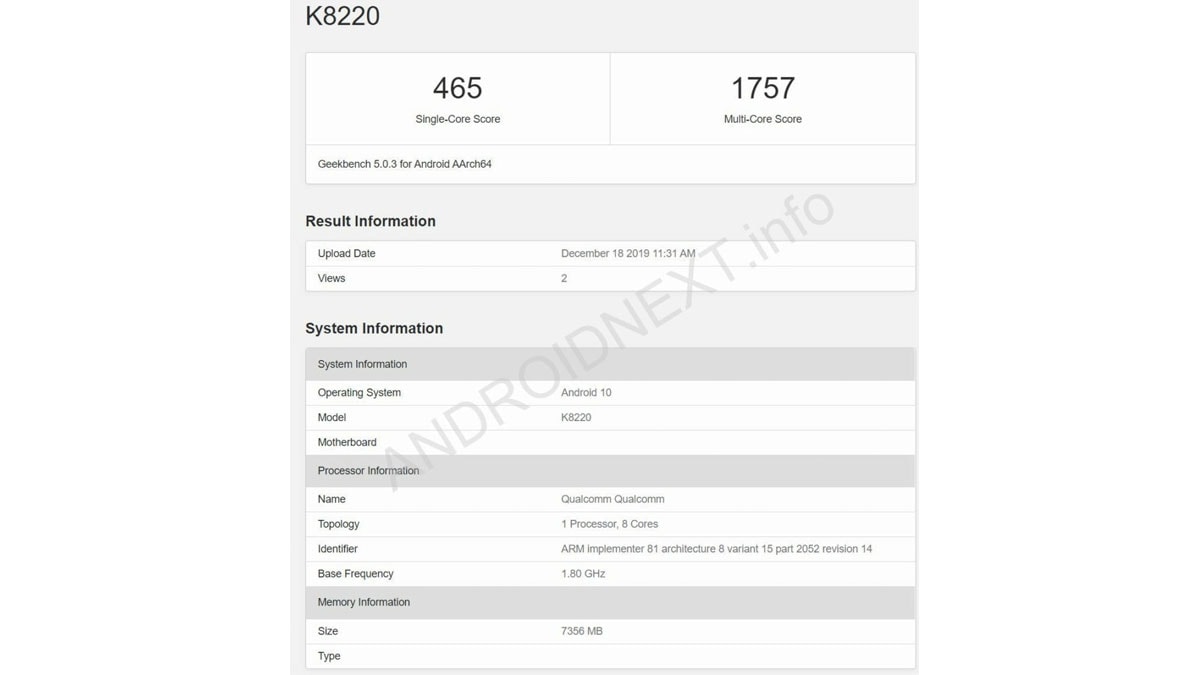 The Xiaomi Redmi K30 5G was launched recently and is powered by the same Snapdragon 765G SoC. Oppo’s Reno 3 Pro is also said to house the same chipset.

It’ll be interesting to see the approach Sony will take with the Xperia K8220 in terms of positioning and pricing. Sony fans will be disappointed to know that it is highly unlikely that the smartphone will come to India as Sony Mobile has shut down its India operations.

Aditya has been reviewing gadgets for over 5 years now and began his career reviewing smartphones. He began reviewing smartwatches when Android Wear was a thing and continues to review fitness wearables. An audiophile, he also reviews audio products every now and then. While reviewing smartphones keeps him busy during the week, he loves to unwind by going on long drives over the weekends. A thorough petrolhead who loves technology and can talk about bhp and GHz all day long.

Earth’s Inner Core Could Be Covered by ‘Iron Snow’: Study