TCL has unveiled two radical new takes on the foldable phone form factor. One of them is a tri-fold phone-tablet hybrid that folds twice like the letter Z. The first fold bends inwards like the Galaxy Fold, while the remaining portion bends outwards along the crease akin to the Huawei Mate X. The second concept device showcased by TCL looks like a regular phone, but it conceals a rollable mechanism that hides the remaining portion of the display which can be pulled out via a motorised mechanism to turn it into a tablet. Notably, TCL says the rollable display mechanism eliminates the crease altogether, something foldable phone users keep complaining about.

TCL is yet to reveal the specifications, pricing, or availability details of its concept phones

In an official press release, TCL says that its tri-fold phone-tablet hybrid concept has 6.65-inch AMOLED display that can be unfolded twice to reveal the full 10-inch screen real estate. The cover display has 20.8:9 aspect ratio and an impressive 3K resolution. It is also the one that users will mostly be interacting with for their day-to-day activities.

TCL says it has employed the proprietary DragonHinge and ButterflyHinge technologies to create the working prototype. The tablet form factor bends outwards alongside the right crease, just like the Huawei Mate X. The crease on the left, however, bends inwards akin to the Galaxy Fold. 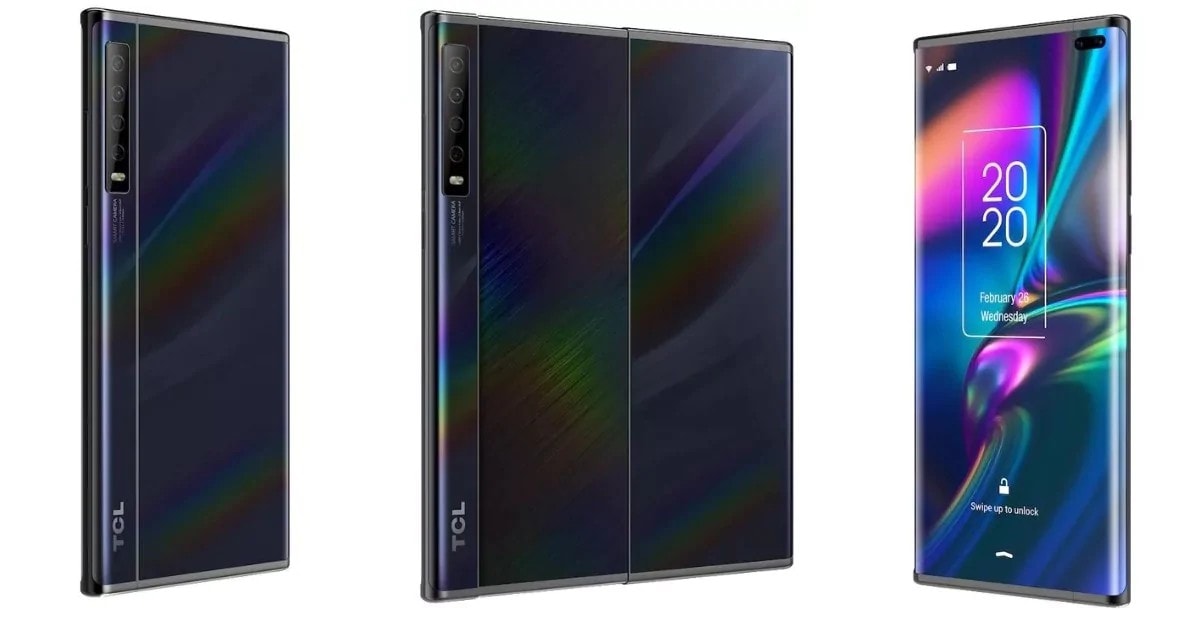 As for the more radical rollable display concept, it looks like a regular phone. However, it hides a motorised mechanism that keeps a portion of the display hidden by rolling it alongside the left edge and the bottom. Once the motorised mechanism is activated, the hidden portion of the display extends outwards towards the right, turning the 6.75-inch flexible AMOLED display into a 7.8-inch tablet. When not being used in the tablet mode, the motor automatically retracts the display and turns the device into a regular phone.

It is worth noting that TCL’s rollable concept phone was originally slated to debut at MWC 2020, but the trade show’s cancellation put those plans on hold. Unfortunately, there is no word on the specifications of these two concept devices, and TCL has also not announced any pricing or availability details so far.