Whatsapp is reportedly testing a feature that enables disappearing messages, that will automatically remove messages after a certain period of time. The feature has been in development in Whatsapp Beta’s under different names and is part of Whatsapp’s cleaning tools.

The feature was initially called disappearing messages but is now renamed to just “Delete messages”. Whatsapp probably changed this name as it released another feature called “delete for everyone” that basically unsent the message from the user’s phone. Delete messages will directly delete messages after a period of time that can be specified by the user. 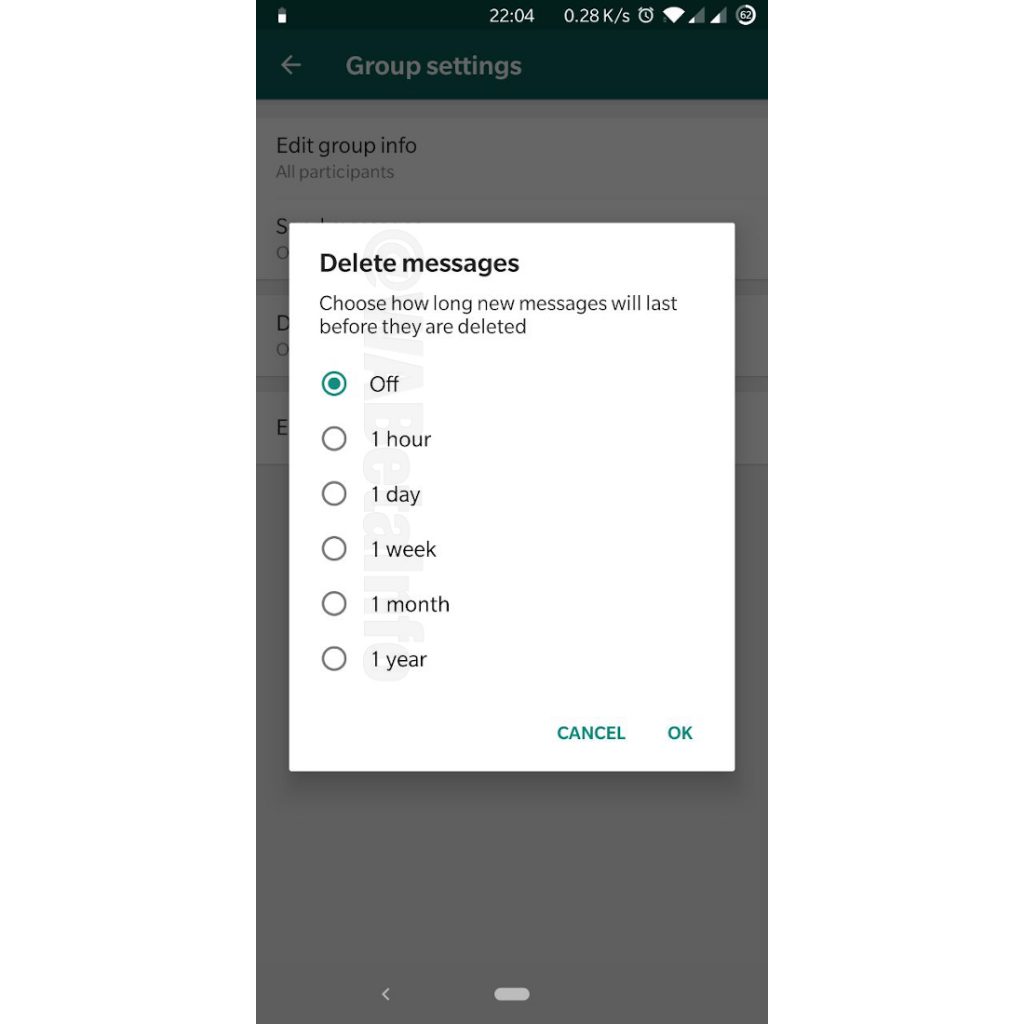 The feature is currently only in testing for group chats and specifically can only be enabled by the administrators of the group. Users, for the time being, cannot utilize this feature with individual chats. As mentioned earlier, the feature is part of Whatsapp’s cleaning tools as the amount of spam that gets accumulated in a users phone can usually be large. Using this feature, users can save their phone storage, deleting old messages automatically.

The feature is currently unavailable and will reportedly be enabled for everyone soon. You can become a tester for Whatsapp Beta for Android here for iOS here. Fair warning though, the beta version will not be stable for regular use.